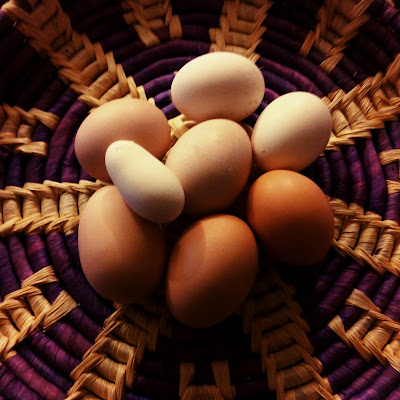 Instead of the normal five eggs we get each day, today we got seven and a weird little bonus huevo.
Posted by All Energies at 8:30 PM No comments: 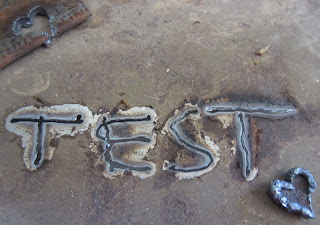 A few days ago we traded some solar equipment for a used plasma cutter and finally got around to trying it out last night.  Can't wait to put this thing to work!

We also helped out a neighbor this morning and she was kind enough to give us this small dog pen. We don't know exactly what we will do with it yet, but it is very nice and in excellent condition. We sure have some kind and generous folk out here. 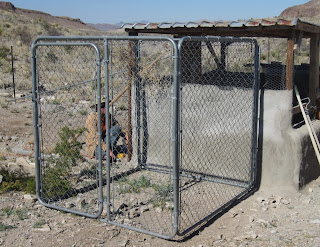 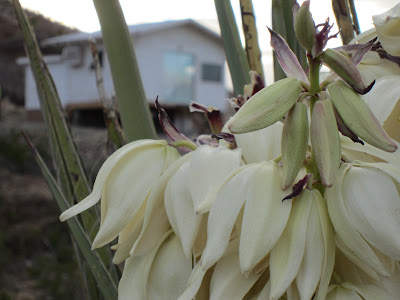 Spring has officially sprung! And thanks to all that glorious winter precipitation, the vernal flowers seem to be exploding! Almost every yucca is blooming or about to bloom, there are bluebonnets up and down the roads, ocotillo are putting out red buds, and the whole desert is starting to green. 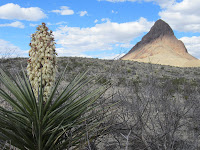 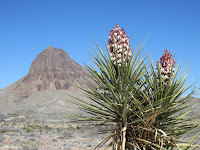 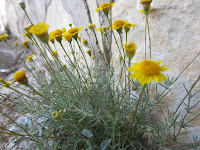 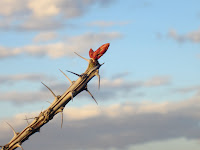 There is still a lot of dead foliage about thanks to the drought, but plants that did survive seem to be recovering very well, now that we have had some precipitation.  Another rain would do us all some good, though, as the roads are getting pretty dusty again. 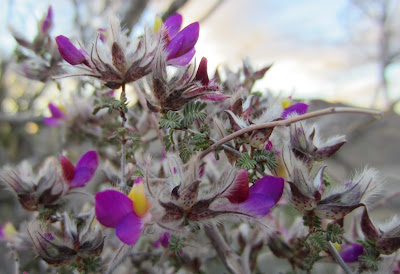 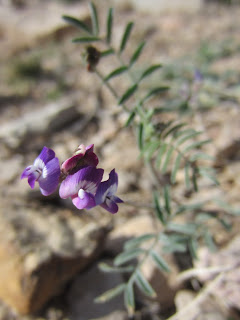 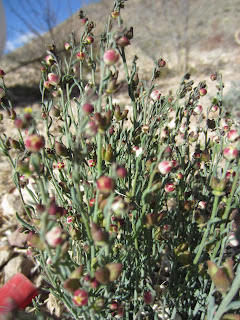 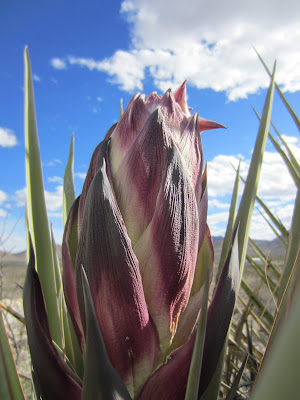 And while the flowers are very confident that it is now Spring, the thermometer is less certain. The weather keeps bouncing between balmy 70-80 degree days and 60 degree nights, to cold and windy days with near-freezing temperatures at night.

And of course the turistas know that it is Spring, because they have flooded into the Big Bend for Spring Break vacations. It is good to see the shops and hotels and restaurants bustling with activity, but I think we'll just keep working on Solar and avoid town for a while. Although it may be hard to stay away from the National Park with all these gorgeous flowers blooming... 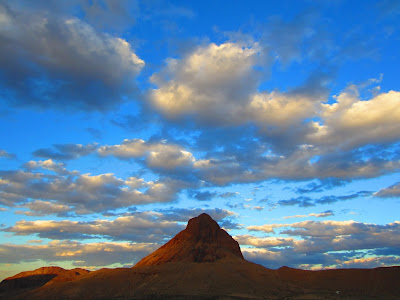 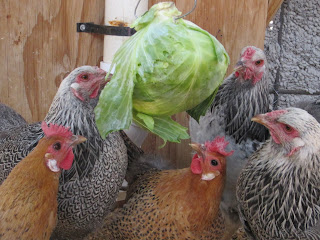 Lately we have been having some problems with the birds in our main coop. Since they weren't free-ranging during February, they started eating feathers and picking on each other. As soon as we noticed the injuries, we dressed them with WoundKote and started searching the Internet for ways to remedy the stress and boredom brought on by confinement.

You may recall that we used to have a 10x20' chicken run attached to the coop, which provided the birds with shade and space to explore. But the coyote that massacred our chickens last year made short work of breaking into the run before digging under the concrete footing of the main coop. So in desperation we tore down the framework of the chicken run and threw ourselves into fortifying the coop.

The coop is now a ferro-concrete fortress, but the girls crave time out in the world with bugs and dirt and seeds and grass. And when they don't have access to those things, they can develop some really bad habits, like feather-eating and picking.

The easiest and best solution is let the birds have long periods of time to free-range, but that isn't always a viable option. Because of all the problems we have had in the past, we don't let them out of the coop except when we are working outdoors and are nearby to deter predators.

Since the picking started, we have made a point to let them out for at least a few hours each day to explore nature.  Time outside the coop has definitely helped, but the best discovery we made is a simple and inexpensive chicken toy that is also a healthy treat.

In our neck of Texas, green cabbage will usually cost us about $0.60 per pound, but the entertainment value is priceless.  Hanging whole cabbages in the coop provides a fun food source that will keep the girls occupied for hours.  The cabbage has the added benefit of improving their nutrition, which means they produce a higher-quality egg, too. 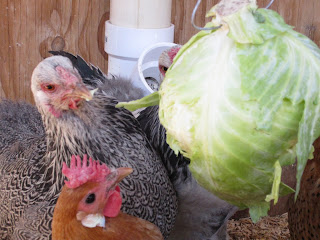 We have always given (and continue to give) kitchen scraps to the girls, but living in a desert environment limits the fresh plant material they can eat, even when they are on the range. The can't eat most of the native desert plants, and the grasses that they can eat are limited, and only available some parts of the year.

So I suppose this means that the girls may be getting their own dedicated cabbage patch in the garden next season!
Posted by All Energies at 4:51 PM No comments: